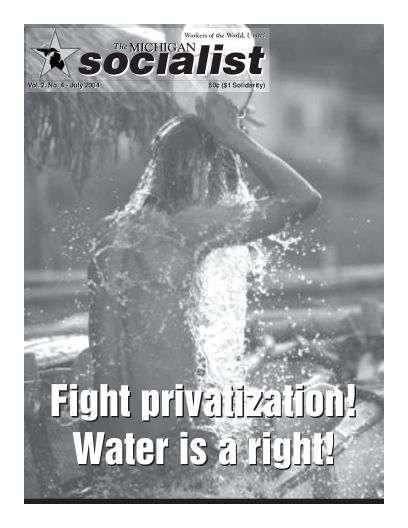 TRUTH IS STRANGER than fiction, and what you see in Fahrenheit 9/11 is the truth.

For months, the American media has been lying and covering up for the Bush regime about the war in Iraq and the reasons for being there.

But Moore’s film has cut through all the lies and propaganda and has shown the American people what they need to know.

He has shown us why 138,000 soldiers were sent to Iraq. He has shown us how the people in the highest positions in the government (and their financial backers) wanted them to take control of the country.

He has shown “why they hate us.” He has shown why many people in Iraq, including many who cheered the day that Saddam Hussein’s bloody Ba’athist regime fell, believe that the U.S. occupation is worse and that the American soldiers are themselves “terrorists.”

He has shown us that wars overseas have a domestic partner: a war on the democratic rights of all citizens here at home.

But, most of all, he has shown us that the drive to this war was the work of both of the main political parties, the Republicans and Democrats. Whether it was installing Bush, approving the USA-PATRIOT Act or voting for the Iraq War Resolution, both political parties made this happen.

So, what can we do? First and foremost, we all must demand an end to this. We must come together to call for the immediate, unconditional withdrawal of all occupation forces in Iraq. You can do this by getting involved in local peace and justice coalitions or by organizing your own.

We must unite to remove those who made this mess from power. As this movie shows, Republicans and Democrats came together to initiate this illegal war. Thus, in practice, there is no significant difference between them at all, and working people gain nothing from supporting either party.

We must unite to defend the basic democratic rights enshrined in the Constitution and Bill of Rights. Organizations like the Bill of Rights Defense Committee and Free the Detainees are working across the country for this purpose.

Finally, we must work together to build a world where wars based on lies and profit cannot and will not happen. Moore was right to say that the soldiers fighting and dying in Iraq are unwittingly propping up a system that benefits the billionaires and corporations at our expense.

Now, we have a responsibility to take that lesson and apply it. You can do that by joining an organization committed to building such a world: the Socialist Party.

The SP will be running candidates this November to challenge what the two main parties have created. Contact us or check out our website for more information.

Who made this mess?The Republicans (the masterminds) — The Bush regime and their cronies in Congress in were hoping for something like the 9/11 attacks to come along so they could implement their program of endless war, restriction of democratic rights and repressive rule. When the horrific events of 9/11 took place, they silently celebrated and then condemned thousands of innocent people to death.

The Democrats (the accomplices) — At every step, the Democrats in Congress have helped the Bush regime to carry out this assault on the American people (to say nothing of the fact that they helped put Bush in power in the first place!). They have alibied, propped up and justified every brutal act of the Bush regime and must be held equally accountable.

The Media (the propagandists) — War equals ratings; ratings equal profits. At every step, the “free” media has been little more than a mouthpiece for the Bush regime and their agenda of war and repression. Whenever the regime needed someone to sell their lies to the American people, the media was there, falling over itself to “spin” their lies into gold.

The capitalists (the paymasters) — War is good for business, as the saying goes. Endless war against a relatively undefined enemy seemingly spread all over the world is really good for business, especially if the regime is willing to hand out fat contracts worth billions in taxpayer dollars to those willing to give millions in campaign donations. 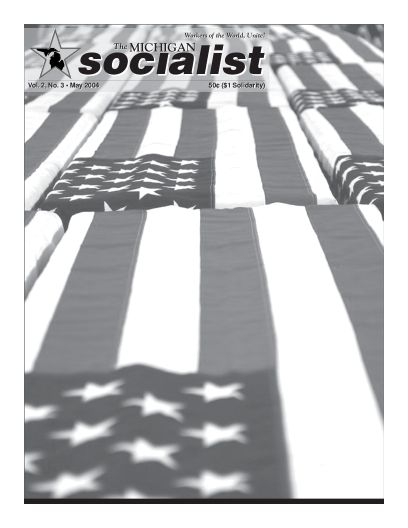 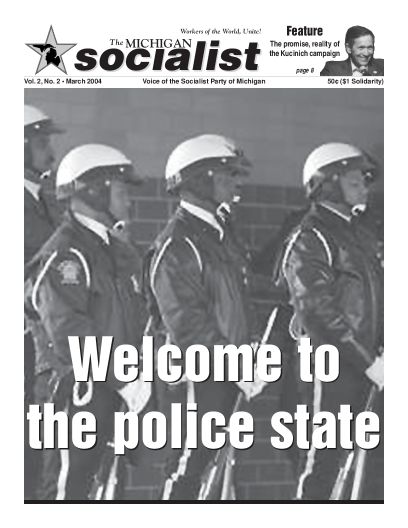