The Socialist Party of Michigan calls on all working people of our state to vote YES on statewide Ballot Proposal No. 3 at the November 8, 2022 election. Proposal 3 would secure state constitutional protection of the right to abortion and ensure that reproductive choice is not reduced to a symbol of choice between the two capitalist parties.

Though safeguarding abortion access from legislative infringement in the wake of the U.S. Supreme Court’s violent abrogation of bodily autonomy, Proposal 3 is only a half measure that retains the contradictions and class chauvinism of the past 50 years. Only when comprehensive health care gains recognition as a fundamental right can it truly be said that every individual has a fundamental right to reproductive freedom.

As reflected in the Socialist Party of Michigan Platform, the SPMI calls for the right to free abortion and contraception on demand without interference or coercion. Accordingly, we call for the immediate repeal of the Hyde Amendment and all other legislation that limits access to abortion services, thus denying the right to choose to millions of women, particularly low-income women, women of color, and young women

The Socialist Party stands in unequivocal solidarity with the Cuban Revolution, and the Cuban people, and against the imperialist blockade and all attempts at regime change. Socialist internationalism means standing with all nations victimized by imperialist domination and exploitation, but especially those nations in which the working classes have built their own states. Socialists living in the US have a duty to do what they can to oppose and undermine imperialist aggressions and interventions. Aiding comrades, especially those who have made successful revolutions must be a priority for socialists around the globe.<BR><BR>

For more than 60 years the Cuban people have suffered because of the illegal blockade of Cuba by the US. The blockade has cost the Cuban economy over $100 billion over its more than six decade existence. This blockade policy constitutes a war crime under the Geneva Convention, to which the US is a signatory. It has also been condemned annually for nearly a quarter century by an overwhelmingly lopsided vote in the UN General Assembly. This illegal, inhumane, and completely failed policy must end….. 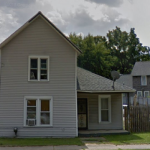